A Giant in African Music Falls

Sometimes a scholar of African music has such a profound effect on the field that when we hear people mention his name, there’s a certain reverence to it.  Sometimes I see a presentation that shows such humble respect for the musicians and such dedication to understanding their artistry that it makes things seem as if they should always be that way.  Every so often, I encounter a scholar of such generosity as to show deep care for a student whom he has only just met.  This past year, that was Dr. Willie O. Anku.

I had the distinct pleasure of presenting a paper on the same panel with Dr. Anku at the 3rd Annual Festival and Symposium, Dialogue in Music Project: Africa Meets North America.  He gave the most inspiring 30-minute breakdown of West-African rhythm that I have ever seen.  Although he’s been studying and writing about this material–what he called “circles and time”–for years, he presented it with almost child-like fascination in an analysis completely devoid of ego.  Following the panel, there was no question he didn’t have time for, and he went out of his way to complement and question my work. As the conference went on, our interactions only became warmer. I had found a fast friend in this brilliant man.  It was truly a privilege to enjoy his company and learn from him.

On January 31, 2010, Dr. Anku was in a serious car accident. No doubt he would have contributed many more years of brilliant scholarship to the study of African music.  Willie Anku died on Monday, February 1, 2010.  I mourn his loss, even as I know the lasting legacy he left for the next generation of African music analysts.  Willie, you will be missed. 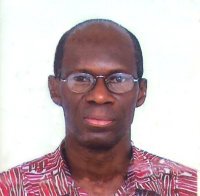 11 responses to “A Giant in African Music Falls”